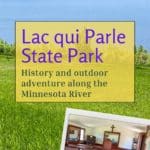 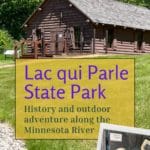 Lac qui Parle is the French translation of the Dakota name, “Lake That Speaks.” It was at site of the Lac qui Parle mission that French Canadian fur trader and interpreter for many pioneer scouts, Joseph Renville worked with missionaries to create the first written Dakota language alphabet and dictionary.

Joseph Renville was the son of a French trader and a Dakota woman and was born near what is now Saint Paul. He lived with his Dakota relatives until he was ten, then moved with his father to Canada. He eventually returned to Minnesota, where he was an interpreter for Zebulon Pike in 1805 to 1806 and for Major Stephen Long in 1823 as those two Army officers explored the northern regions of the newly acquired Louisiana Purchase.

In 1826, Renville established a fur-trading post near Lac qui Parle as an agent for the American Fur Company. His fluency in the Dakota, English, and French languages, and his Dakota heritage, made him an effective intermediary among the people who lived and worked near his post.

Renville invited European missionaries to establish a mission and school near his fur post. Through his facility with the Dakota and French languages, he was able to translate the Bible into the Dakota language. Up to that point, Dakota was an oral language only, so Renville’s translations were among the first attempts to record Dakota in written form.

Renville stayed at the mission until his death in 1846.

Unfortunately, as of early June 2022, the lower State Park campground and hiking areas were closed due to the high waters of the lake and the Minnesota River. The lower campground near the US Army Corps of Engineers dam, was just reopened on June 2, 2022, but because of another side effect of all the recent high water, hiking was impossible. We tried to get out of the car near the lower campground area, but were literally driven back by ferocious hordes of mosquitoes.

I’m not exaggerating to say there were clouds of the little predators that made it impossible to walk even a few yards without being devoured. We, unfortunately, only had “natural” insect repellent with us, which, as far as I could tell, only caused the mosquitoes to laugh uproariously at our feeble attempts to dissuade them.

We retreated to the other side of the lake to visit the mission, and they were also in abundance there. We ran up the hill from the Mission parking lot to the building and managed to get inside with only a few mosquitoes who got in before we could slam the door. After enjoying the displays at the Mission, it was another very quick trot back down the hill, without bothering to stop to read the didactic signs placed by the State Historical Society. Brutal.

However, we guessed that driving up the hill to the upper campground and State Park Visitors Center would be vastly more pleasant. And it was. The breeze on the hilltop above the lake kept the pests off of us – mostly. And the Visitors Center itself was a treat with an entire room full of taxidermy birds that live on the lake.

We had a very pleasant conversation with the Park Ranger on duty about the bird displays, phone apps for identifying bird calls and various plants and trees, and his suggestions on using a device called Thermacell to ward off mosquitoes. I’ve got one on order for the next time.

Where to stay near Lac qui Parle

If you’re planning on visiting the Lac qui Parle Mission and State Park, here are some suggestions of where to stay Montevideo (about 17 miles distant.)
The Viking Inn
The Fiesta City Motel.

In Granite Falls, about 27 miles away, check out the Prairie’s Edge Casino Hotel. It’s a very nice hotel and casino with a couple of restaurants inside.

We’ve written about things to do in Granite Falls to help you enjoy your stay.

This website uses cookies to improve your experience while you navigate through the website. Out of these cookies, the cookies that are categorized as necessary are stored on your browser as they are essential for the working of basic functionalities of the website. We also use third-party cookies that help us analyze and understand how you use this website. These cookies will be stored in your browser only with your consent. You also have the option to opt-out of these cookies. But opting out of some of these cookies may have an effect on your browsing experience.
Necessary Always Enabled
Necessary cookies are absolutely essential for the website to function properly. This category only includes cookies that ensures basic functionalities and security features of the website. These cookies do not store any personal information.
Non-necessary
Any cookies that may not be particularly necessary for the website to function and is used specifically to collect user personal data via analytics, ads, other embedded contents are termed as non-necessary cookies. It is mandatory to procure user consent prior to running these cookies on your website.
SAVE & ACCEPT
307 shares